I currently live in what you could maybe call a ‘suburb’ of Seoul. I guess when you think of suburbs you think of sprawling streets with houses and lawns. So, in that sense, my town is not a suburb. But, if you imagine stacking all those houses on top of each other - stretching between fifteen and thirty stories - and imagine all the green lawns as ‘communal’ gardens, then, yes, it is a suburb.

It certainly serves a similar function to conventional suburbs - it allows families to remain close to a metropolitan area (for work), whilst also providing a safe, quasi-utopian space in which the family can dwell, play, attend high-performing schools, eat well, drink lots of coffee, go camping, bike together, and, well, most anything ‘wholesome’ you can imagine doing together as a family.

When I first moved to Korea I lived in a city close to the airport for a month. It was my first impression of the country. The city was tiny, but tall and densely packed. You could walk across the whole thing in 30 minutes, but it had everything you needed. Anyway, I really liked it and was eager to see more of Korea.

I soon learned that the look and feel of this initial city was not unique. The city that I eventually moved to (my current one) was very similar, and so were so many other ‘suburb’ areas I had visited. At first, this was great. All the restaurants and shops I had gotten used to in the first month also existed in the new city and looked identical. I had no problem navigating and living in the new place. It seems like 90% of all businesses in Korea are franchises (don’t quote me on that number). So, most commercial areas end up looking alike. However, even more striking than this is that the general ’layout’ of places is quite similar. There are usually tallish building ‘blocks’, around 10 stories high, that are filled with all kinds of businesses and services. Then there are even taller residential apartment buildings. The buildings themselves all look alike architecturally. Travelling from suburb-city to suburb-city is a bit bizarre, there is a lot of repetition.

It’s not like going from high-street to high-street in Ireland, for example, where you will also see the same businesses over and over again. The scale of the cities in Korea make the repetition far more striking. Another common sight is apartment buildings that are ‘in-progress’. The ’edges’ of the suburb-cities aren’t really edges, they are just zones where new suburb-cities are constantly being built.

The city I’m in now is much newer than the fist place I stayed. I still hesitate to call them ‘cities’ - they are small in terms of walking/traversing, but still busy and decked out like cities. When I knew I would be moving here I looked up my address on google maps, and switched to the street view. All I saw was empty fields. When I actually got here, there were dozens of tall buildings in that spot. I also learned at this point how useless google services are in Korea - they have all their own replacement services for maps, email, etc.

Anyway, the point is, it’s still new. Coming from Europe, it’s pretty weird to live in a city that’s probably less than a decade old. At first, the ’newness’ felt sterile and artificial. My first association was a memory of playing Final Fantasy 8 as a kid - at the beginning there is a training centre or something that looks a bit utopian and futuristic. Not only did the buildings and parks seem new and uniform, but the people did too! Perhaps Covid added to this effect a bit - only being surrounded by ‘masked’ faces can perhaps produce a sensation of dehumanisation/uniformity. I realised just how ’new’ the place was pretty quickly by the fact that all the trees were tied together for support. On the way to work a few weeks ago, I spotted several, much larger, trees in the process of being planted. I tried to get a quick picture, but I didn’t want to feel too rude/creepy taking too many pictures of places where families were all making their way to school. 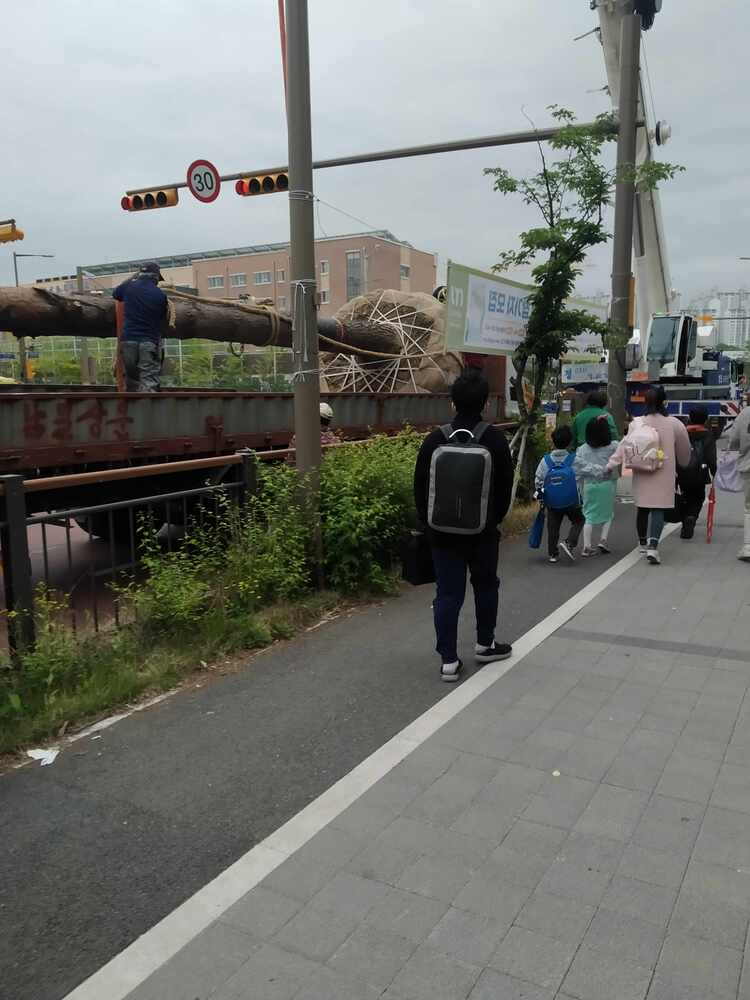 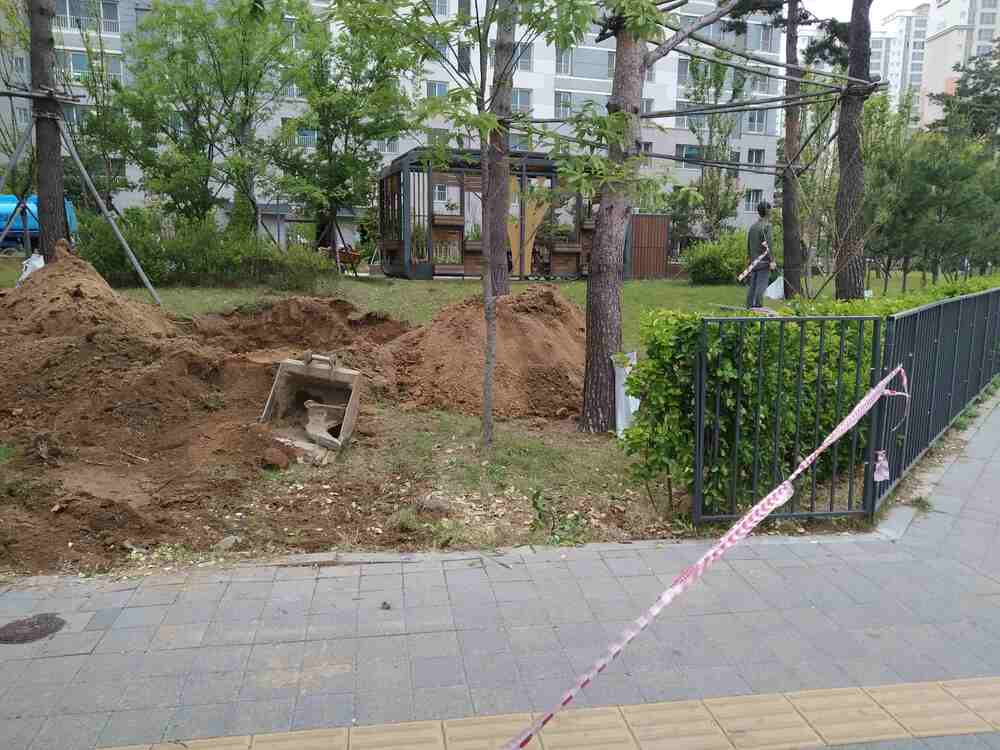 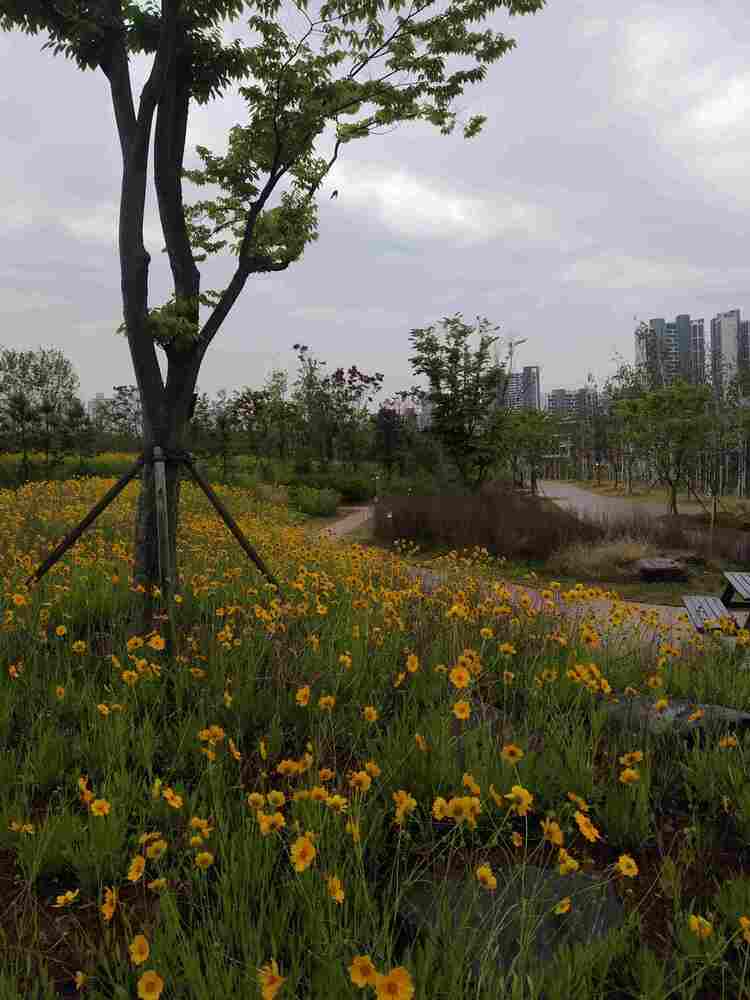 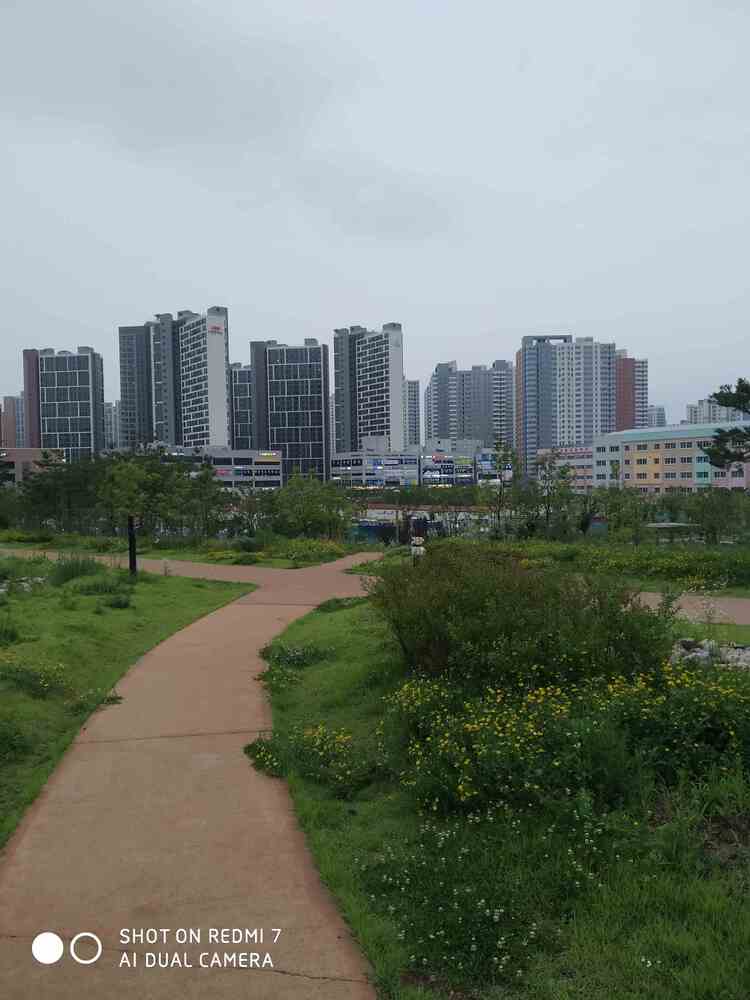 That evening, on the way home from work, the trees had all been planted and they actually looked great. If you didn’t think about the fact that they had just been planted and were all tied to one another, they gave the impression of ‘age’ and ‘grandeur’ to the buildings they surrounded.

The artificiality of the place never bothered me too much though. I could appreciate it what it was for - a safe, happy place for young families. I’ve always preferred either open countryside (similar to where I grew up), or else more ‘grimy’ urban settings, where things are busy and lively and a bit chaotic. But, as lukewarm as this city is, it definitely grew on me over the past year.

Recently, though, I’ve started appreciating it for a new reason. There’s something about how and why it was made that is important at a deeper level.

There have been numerous stories recently about the effects of climate change at the local level. Towns and entire cities are becoming more vulnerable to things like floods and fires. People have started to think about the question of the mass migration and mass resettlement that will be needed when certain places become near-uninhabitable.

This is where the practical knowledge that went into constructing the ‘fake plastic city’ I live in will come into play. Whose to say that this kind of setup isn’t one that will become the default in the future? Or, perhaps only a certain portion of resettled people will be able to afford to live somewhere like this, maybe the rest will live in things like ’tiny-homes’, or shanty towns, or live nomadically.

Or, perhaps people will never give up their ’land’. That is something you don’t get here - no garden, no land, little ‘personal space’. The space is shared, highly-communal. Outside your apartment, there is nowhere really to be ‘alone’. No fields to wander or quiet roads to cycle. Even going hiking here is a bit bizzare - there are hundreds of other people around, and you can buy coffee and beer at many summits. Still, though, you get used to it. Maybe there will be no choice in the future.

There is a scene in the HBO miniseries Chernobyl when the people of Pripyat have to be evacuated. They are all forced into buses and shipped off to neighbouring cities. I remember listening to the podcast accompanying the series at the time, and the creator said that the Soviet government actually built another version of Pripyat, about 100km away. It’s hard to imagine 50,000 Americans or Irishmen being bused off to a newly built version of their city. But, maybe, when the time comes, there’ll be no choice. I just hope I’ll be bused somewhere with a Daiso nearby.