A post about my own personal 2022 - financial situation, GTD, and downtime.

In March of this year, I started using ledger to track my finances. It works perfectly. Every Sunday, I spend about 15-20 minutes inputting my transactions for the week into a file. Using emacs/ledger-mode to do this makes the whole process very fast and streamlined.

Thanks to how lightweight and simple ledger is, I spent very little time actually worrying about or configuring this process. It’s literally only 20 minutes a week and the rest of the time I don’t have to think about anything.

The upside of this is that, now, at the end of the year, I have access to all this data about my spending habits for the year, and I can start making more informed decisions.

I’ve used Gnuplot to generate the graphs related to this data below. It’s another tool that is super convenient, albeit highly complex and extensible. Throughout the year when I wanted to have a quick look at my finances, I just used default gnuplot graphs and fairly simple inputs (ledger has a dedicated function for interacting with gnuplot - report). When writing this, I discovered an amazing blog post with some great scripts for shaping and styling the gnuplot output, and have used these to create the graphs. The blog post is available here

Finally, I’ve ‘anonymised’ the output a little by removing the actual figures from the graphs.

I’m sure I wasn’t alone this year in feeling general anxiety about global inflation levels. I think I felt an even greater level of shock because I moved back to Dublin from Korea. In Korea, there is incredible variety and value in products. Dublin, in contrast, is overpriced and with, in a lot of cases, much poorer quality of service and products. You spend more in Dublin and you get less for what you spend. Even something as simple as the physical distances you have to travel in Dublin to find what you want is terrible compared to Korea, with worse public transport to boot.

As the year progressed, I felt less insecure about finances and inflation, and you can see this reflected in the graph. I knew, back in March/April, that I was barely making enough money to stay afloat. Or, rather, I wasn’t exactly ‘making’ any extra money.

However, I felt that this would be fine as long as inflation didn’t go into overdrive and I started actually loosing money. Luckily, things trended in the other direction as the year went on.

Thanks to the work of unions, I even received a 3% pay increase in October (with further increases to come next March). I am also in a job where my pay increases on a scale each year. So, I knew if I could just survive this year treading water, things would get better as time went on. Well, luckily I survived, and I do feel happy that things went in the right direction, growth wise. However, as you can see from the graph, my personal growth margin is still pretty slim. I’m surviving, but it’s not as if I’m in a position to change much in my life, from a financial perspective, i.e., I can’t really take on an extra expenses, such as a car loan, etc., that would start to eat into this margin.

Finally, the elephant in the room here is rent. There is a housing shortage in Ireland at the moment and, as a result, rent prices are crazy. I lived in Dublin for around 7 years back in the early-mid 2010s. I then left Dublin and lived abroad for around 6/7 years. When I returned, rents had more than doubled. Unfortunately, there’s not much I can do to address the problem here. For context, here is my cashflow, with the cost of rent removed: 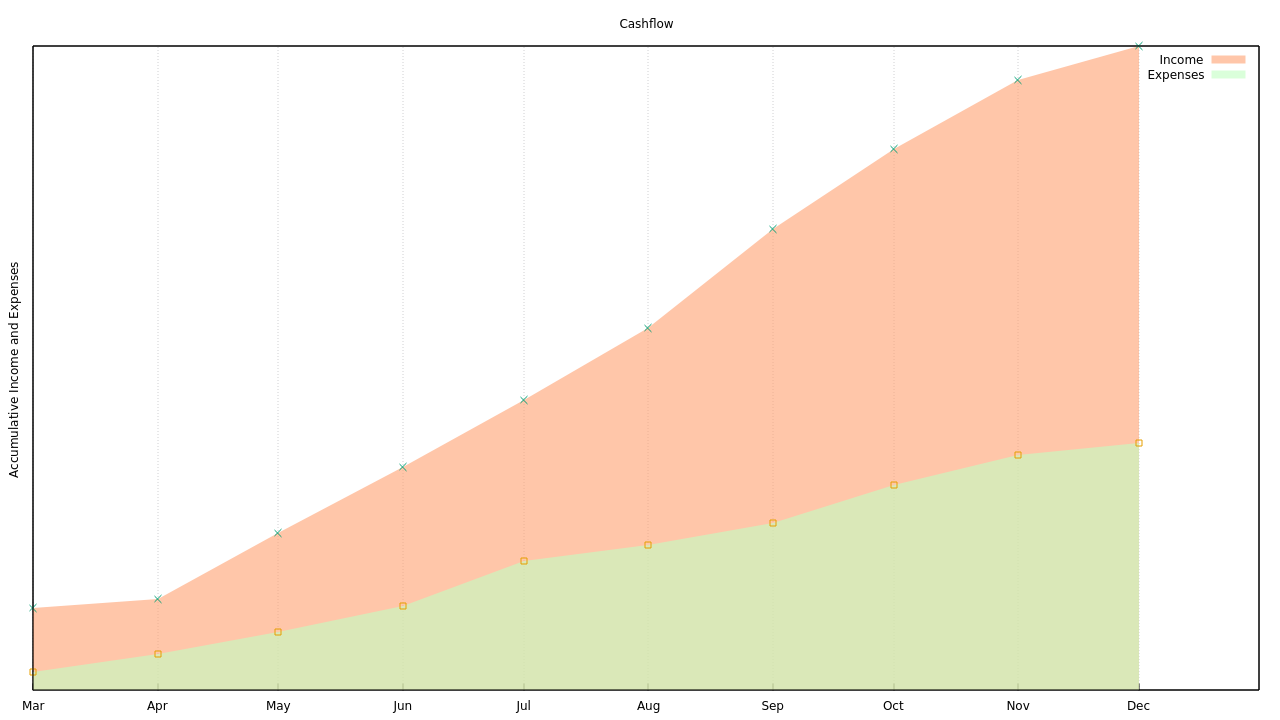 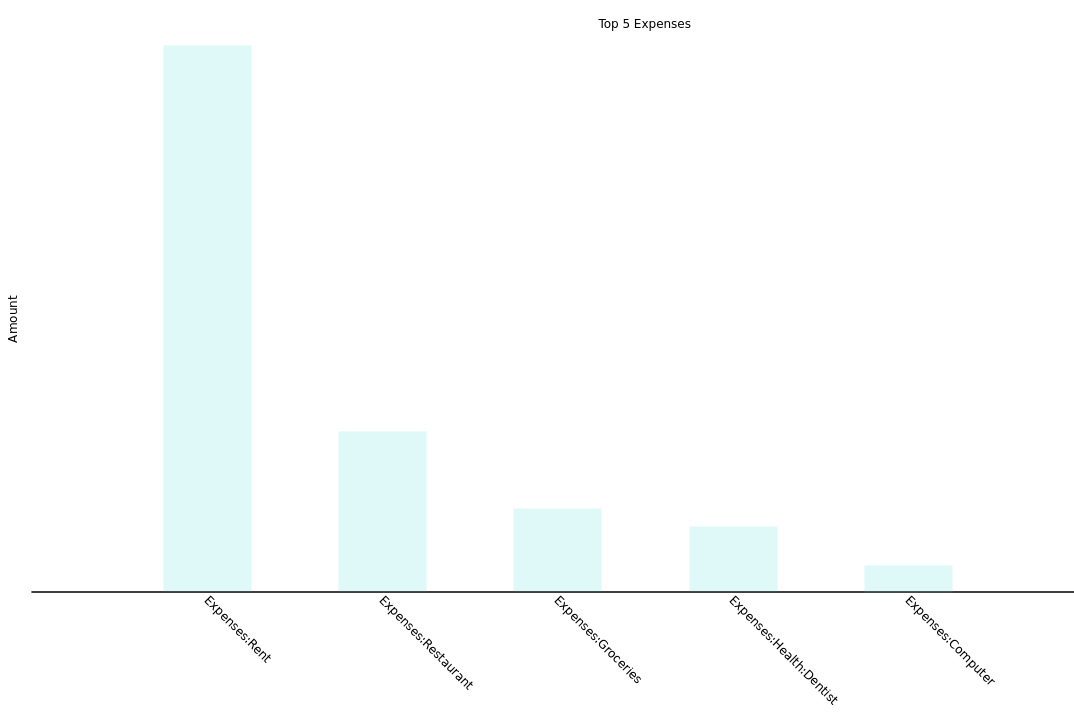 I generally don’t enjoy shopping or spending a lot of money on things. However, as is clear from the graph, I definitely have one major vice that I need to get under control - eating out! This was my second-highest expense, behind rent. I don’t feel too bad about this to be honest, because all those times eating out were with friends and it is something I really love doing. But yeah, it could be something to work on for next year.

I also spent a lot of money this year on dentist appointments. This is for two reasons: (1) it had been a long time since I had been to the dentist, so there was a bit of a backlog in terms of work I needed to have done (2) the costs of visiting the dentist in Dublin are huge.

Compared to the amount I spent on the dentist, I really didn’t have that much done. It was basically just a few fillings. The dentist also told me it would be worth maybe seeing a dental surgeon about removing one of my wisdom teeth which hadn’t fully come up. I said fine, and went to see the dental surgeon. I booked an appointment but, because he was so busy, I still ended up waiting over an hour to see him. The actual consultation was less than 10 minutes. He basically went through the procedure and the risks associated with it. And then got me to sign some forms saying that if I went through the procedure and it was messed up, he is not liable, etc. Anyway, like I said, it was less than 10 minutes. The price? 220 euro. If I had gone through with the surgery itself to remove the wisdom tooth (I didn’t, in the end) the surgery would have been another 400 euro. Even a regular dental check-up in Ireland is around 70 euro. So you can see how costs add up in this area. 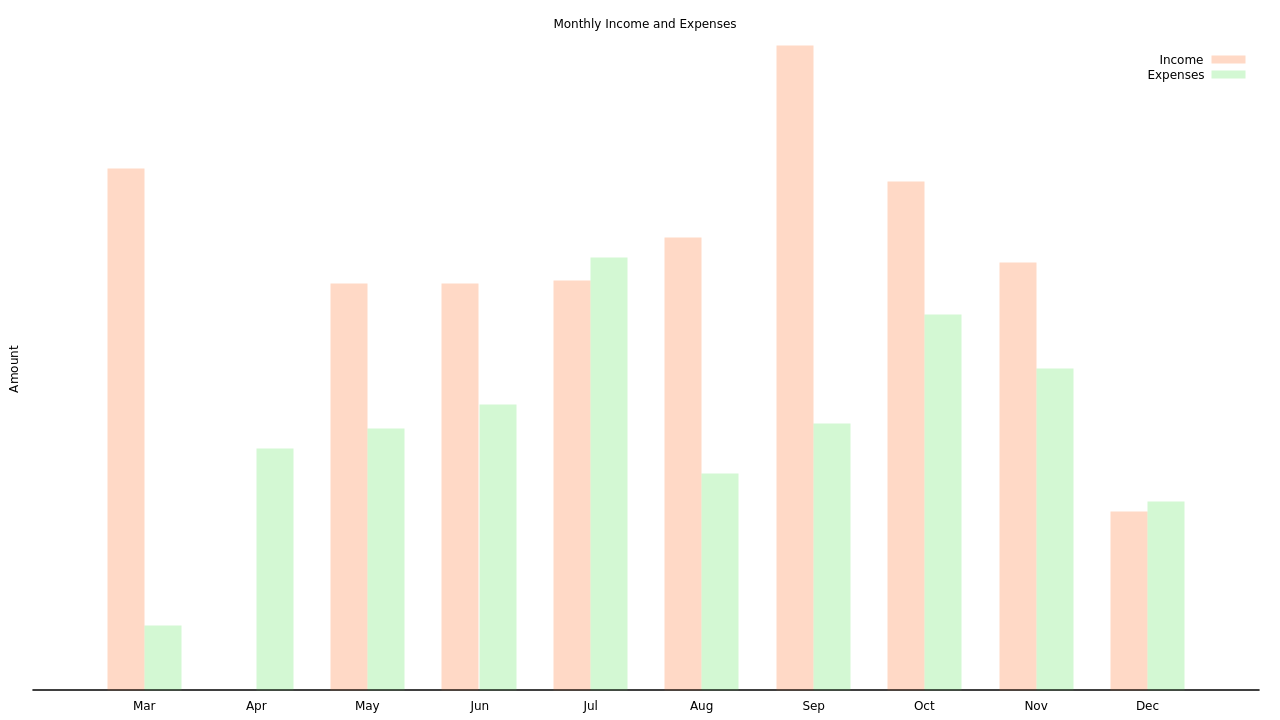 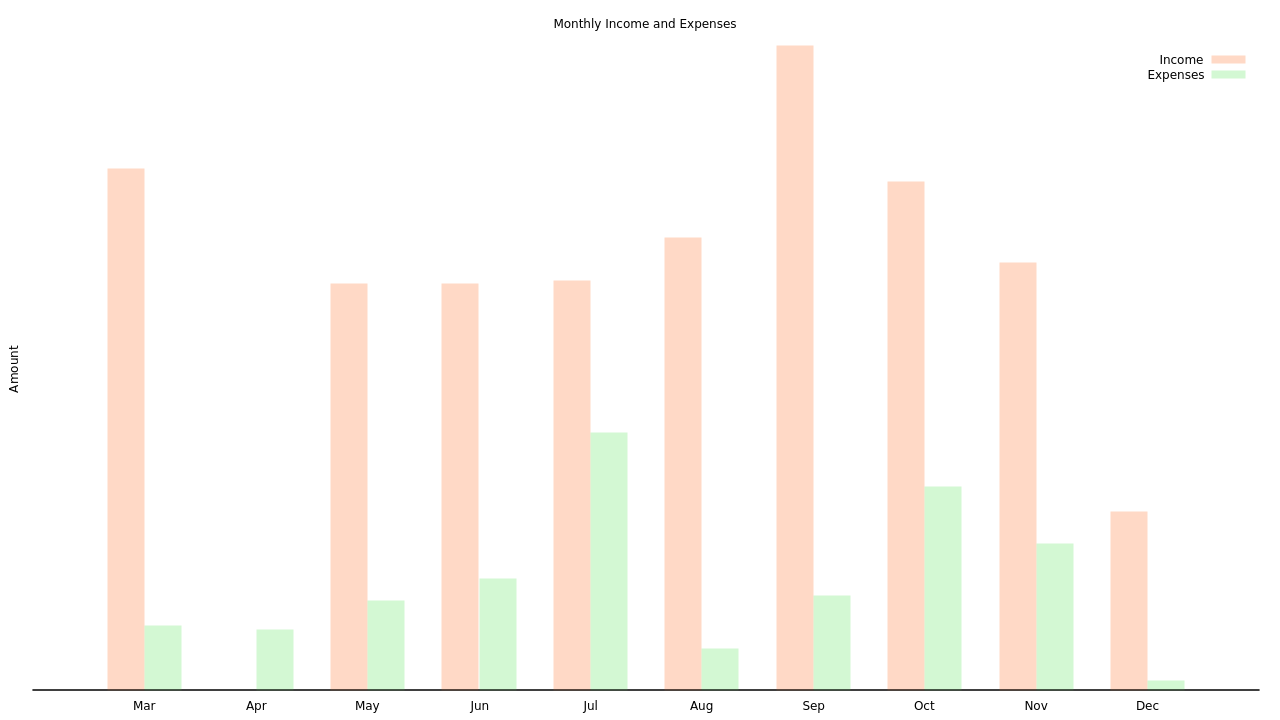 Finally, here is my monthly income and expenditure, with and without rent. I started by current job at the end of April, and there was about 5 weeks between finishing my last job and starting that one.

Looking at my income and expenditure, as well as the cashflow graph, it really does seem that I’m walking a slightly precarious tightrope. However, one thing that these numbers don’t show is, of course, the non-financial aspects of the year. I don’t feel any drive to make huge amounts of money and I learned this year the value of free time and a good work/life balance.

Anyway, this is the first time in my life I’ve actually taken some time to examine my annual finances. I don’t have much context for interpreting it. Hopefully I can keep it up and compare this with something similar next year.

I wrote about implementing a new Getting Things Done (GTD) system last March. It turned out quite well in the end. I didn’t really tweak it much after I initially set it up, and I think that is a good thing. Again, I relied a lot on emacs to do most of the heavy lifting, especially functions like org-refile and custom agenda views.

As I wrote in my post, I had a simple script (using sed) which counted tasks ‘open’ and ‘closed’ for each month. The main reason for this was to have these displayed on polybar, so I could see at a glance when things were building up, or if I was being particularly productive that month. This script would just run once a day in the background, and I haven’t really thought about it since last March. A bonus of recording this data, now, is that I can see at a glace my yearly ‘productivity’ rate. I’ve used Excalidraw to produce the graphs below. 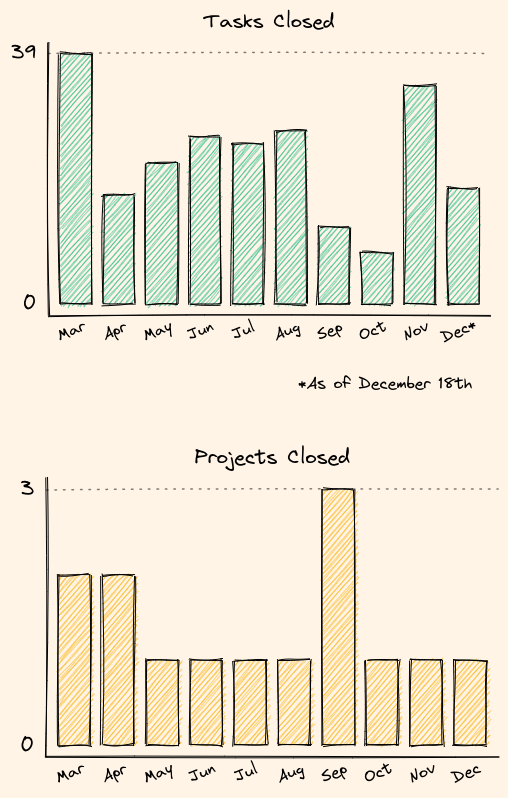 I’m not sure exactly how I would change the system for next year, but I feel like I should make an effort to tweak it a bit. I’ve started using syncthing and logseq to access my notes on my phone, so I think the next step is to maybe make the system more mobile.

One of the best things about this year was that I started a job that permits a great work/life balance. Because of this I was able to spend a lot of time on hobbies and meeting people. Strangely enough, I probably didn’t spend a crazy amount of time this year watching/reading things. Perhaps this is because I feel less ‘drained’ after work, that feeling where you just want to switch off and travel to another world.

Below is a quick list of things I read/watched/listened-to, and which stood out for me. I’ve restricted my list to stand-out movies/tv shows/music from 2022 only. Probably the best movie I watched this year from any time period was Journey to Italy. I still can’t believe it took me so long to get around to watching it, it is absolutely mind-blowing. I always love those kinds of works which almost seem like a sole ‘origin’ for so many revolutionary things that come after (like the first Velvet Underground album, the works of Wagner, etc.) You can find the seeds of so much of mid-late 20th century cinema embedded in this movie.

I can’t remember listening to many ’new releases’ this year. The main ones the stood out were: